As a Burbank Police Officers’ Association tradition, a wreath is placed at The Guardians statue to honor our fallen heroes.  Thank you to the BPD Honor Guard for the beautiful wreath presentation ceremony. 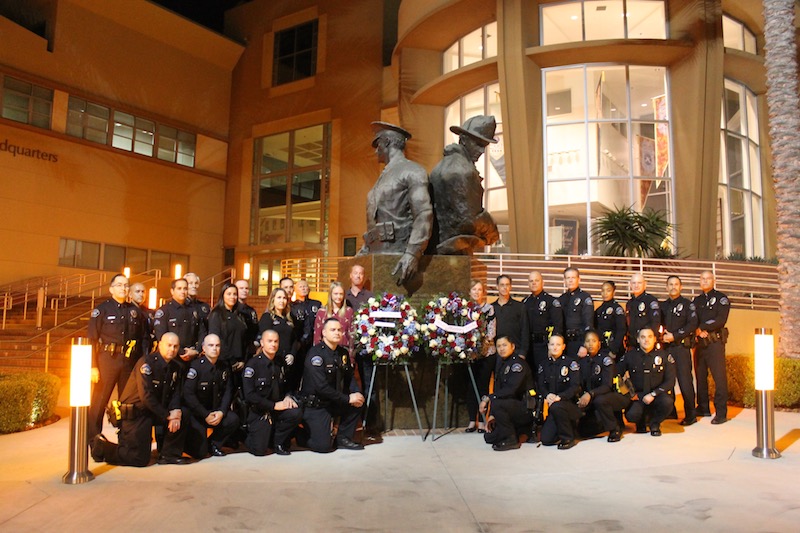 Today marks the anniversary of BPD Fallen Officer Matthew Pavelka, End of Watch, November 15, 2003. Matthew Pavelka was appointed as an officer for the City of Burbank on August 5, 2002.

The first officer to respond was 26-year old Mathew Pavelka, who had been in the field as a police officer for just ten months. When Campbell and Pavelka approached the suspect vehicle and ordered the two male subjects to exit the vehicle, they both alighted firing automatic weapons. Both Campbell and Pavelka were wounded several times, but in the ensuing exchange of gun fire the officers mortally wounded one of the gunmen. The other suspect escaped on foot.

Both of the wounded officers were transported to a local hospital, where Officer Pavelka died during surgery and Officer Campbell was treated and remained in critical but stable condition.

On Thanksgiving Day, November 27, 2003, the suspect who fled was taken into custody.