The Burbank Police Department had not lost an officer in the line of duty by gunfire for more than eighty-three years.  On the evening of November 15, 2003, that all changed.  Veteran Officer Gregory Campbell had stopped a vehicle, without license plates, containing two males.  The area where the stop was made was well known for drug trafficking and other criminal activity, so Campbell wisely called for backup.

The first officer to respond was 26 year old Mathew Pavelka, who had been in the field as police officer for just ten months.  When Campbell and Pavelka approached the suspect vehicle and ordered the two make subjects to exit the vehicle, they both alighted firing automatic weapons.

Both Campbell and Pavelka were wounded several times, but in the ensuing exchange of gun fire the officers mortally wounded one of the gunmen.  The other suspect escaped on foot.

Both of the wounded officers were transported to a local hospital, where Officer Pavelka died during surgery and Officer Campbell was treated and remained in critical but stable condition.

On Thanksgiving Day, November 27, 2003, the suspect who fled was taken into custody. 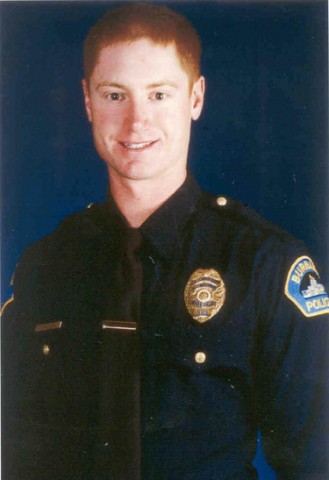