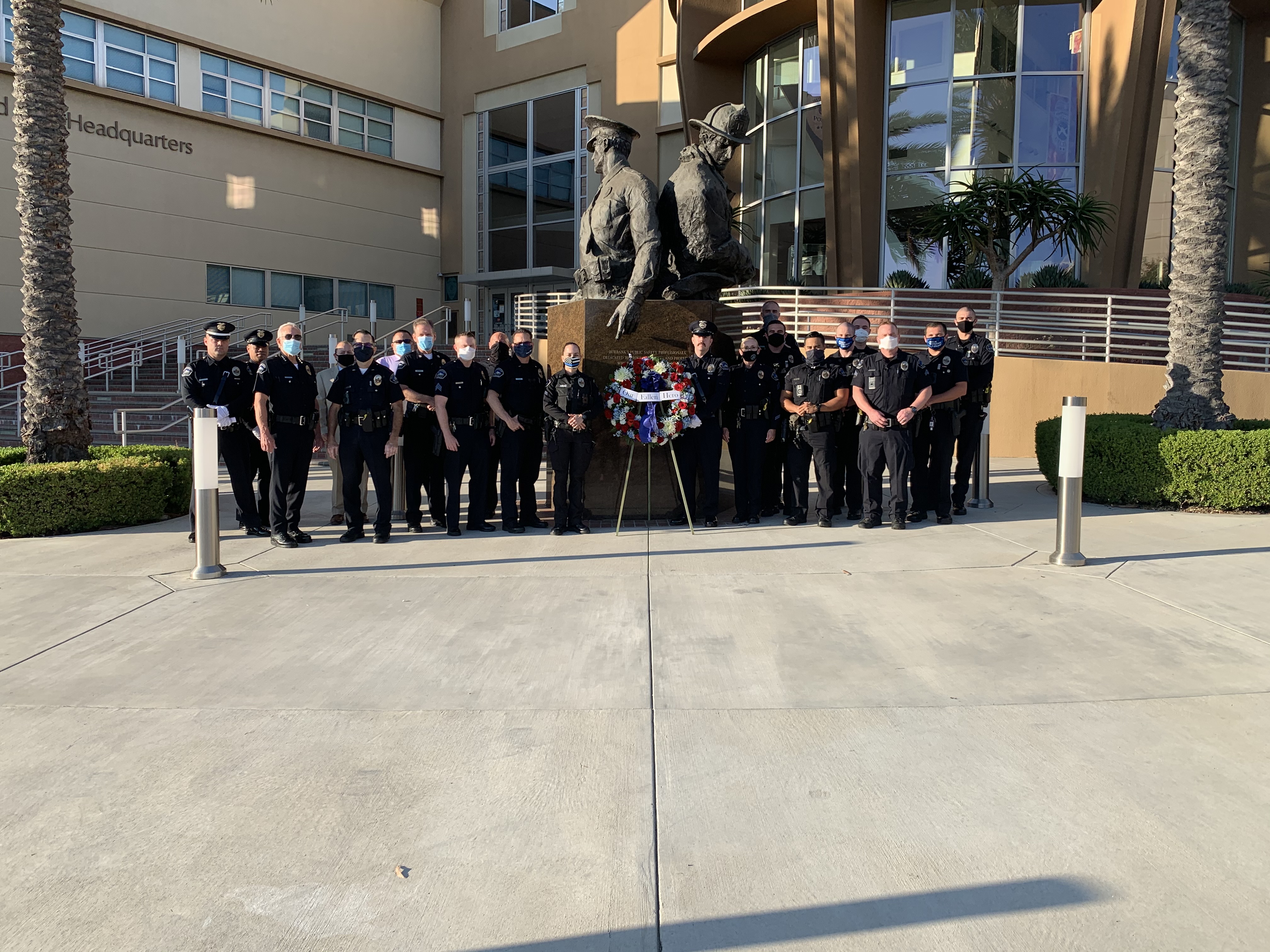 Today, marks the anniversary of BPD Fallen Officer Richard E. Kunkle, End of Watch, September 22, 1961. As a Burbank Police Officers’ Association tradition, a wreath was placed at The Guardians statue in honor of our fallen hero. The laying of the wreath was presented by the BPD Honor Guard. We will always honor our heroes for their service and ultimate sacrifice they made to secure our safety.

Officer Richard “Dick” E. Kunkle, Badge #46, was appointed as a Patrolman January 4, 1954. He was killed in the line of duty while riding a police motorcycle on September 22, 1961. Officer Kunkle was attempting to catch a motorist. He was entering Victory Boulevard from Orange Grove when he was struck by another vehicle.

Heroes never die. They live on forever in the hearts and minds of those who would follow in their footsteps. By - Emily Potter