As a Burbank Police Officers’ Association tradition, a wreath was placed at The Guardians statue to honor our fallen hero. The laying of the wreath was presented by the BPD Honor Guard.

Yesterday marked the anniversary of BPD Fallen Officer Joseph R. Wilson, End of Watch, June 17, 1961. “It is not how these officers died that made them heroes, it is how they lived.” By Vivian Eney Cross, Survivor. We will always honor our heroes for their service and ultimate sacrifice they made to secure our safety.

Assistant Police Chief John McAuliffe, praised the work of Wilson who was killed in a traffic accident while on duty, early Saturday morning.

McAuliffe said, “Wilson was a superior officer and dedicated to his work, especially in traffic safety.”

Wilson, a Burbank police officer for 3 1/2 years was struck by a car at the intersection of Buena Vista and Thornton Avenue.

The driver of the car was arrested and booked on suspicion of manslaughter and felony drunk driving. (As reported in the Burbank Daily Review dated June 19, 1961.)

Last year, the family of Joseph R. Wilson visited the Burbank Police Department to donate one of his police uniforms, which they preserved all these years. 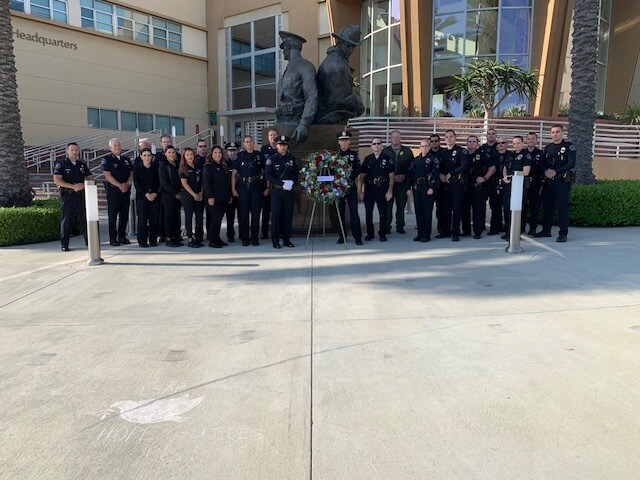